This past week, the Outrigger Canoe Club listed one of it's major assets for sale - two contiguous oceanfront parcels totalling over 2.6 acres. 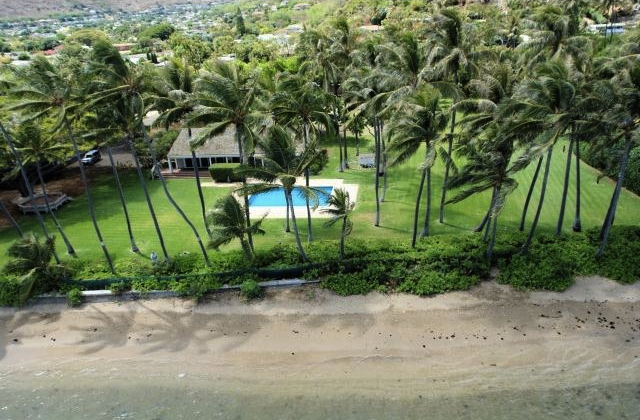 What is very special about this property is it is one of the last large tracks of oceanfront residential land in Honolulu. Most of the once larger parcels have been subdivided and sold off over the years. This one could end up going down that same path. Zoned R-10, this has the potential for further development. Currently, there is a modest structure on the property that was previously used as a corporate retreat by a Japanese company prior to the club's aquisition.

Situated on Aina Haina Beach, I've been told this once home to Alii or chiefs. I'm not surprised as much of what is currently around here can be considered regal in nature to this day. One of the neighboring estates was once home to the Sullivan Family (Foodland Supermarkets). Up the hill, you have Hawaii Loa Ridge a gated community of luxury homes. Right now, the only product I can find similar to this is listed for nearly three times the price. 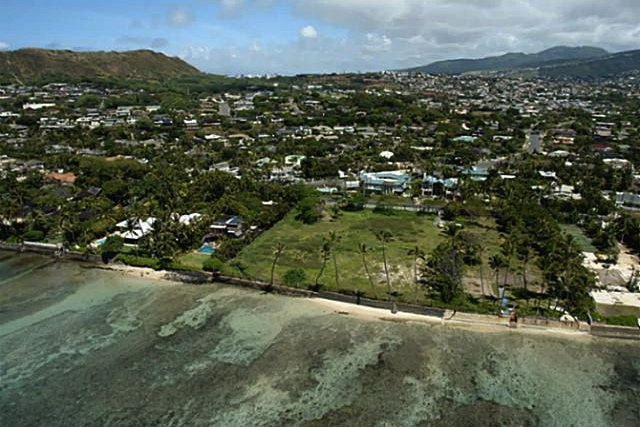 Granted, Kahala has traditionally fetched the highest prices when it comes luxury real estate on Oahu. However, if you're willing to drive another 5-10 minutes east, you can have something pretty spectacular for roughly 1/3 of the price. The Kahala one also has the potential to be subdivided. It will be interesting to see future the outcomes of these two trophy properties. Will they remain intact and house a large estate or will they follow a similar path of so many properties on Oahu that were subdivided for profit? Only time will tell... All I do know is that something will be built on both at some point in time and the opportunity to be a part of it won't be around forever.

With this kind of property it surely attracts foreign buyers which make Honolulu one of the top 10 real estate markets in the nation for worldwide purchasers. The distinction with the Hawaii business might essentially be the mix of nonnative purchasers