This past month, I had the opportunity to preview the construction progress at Park Lane with a select group of Realtors on Oahu. 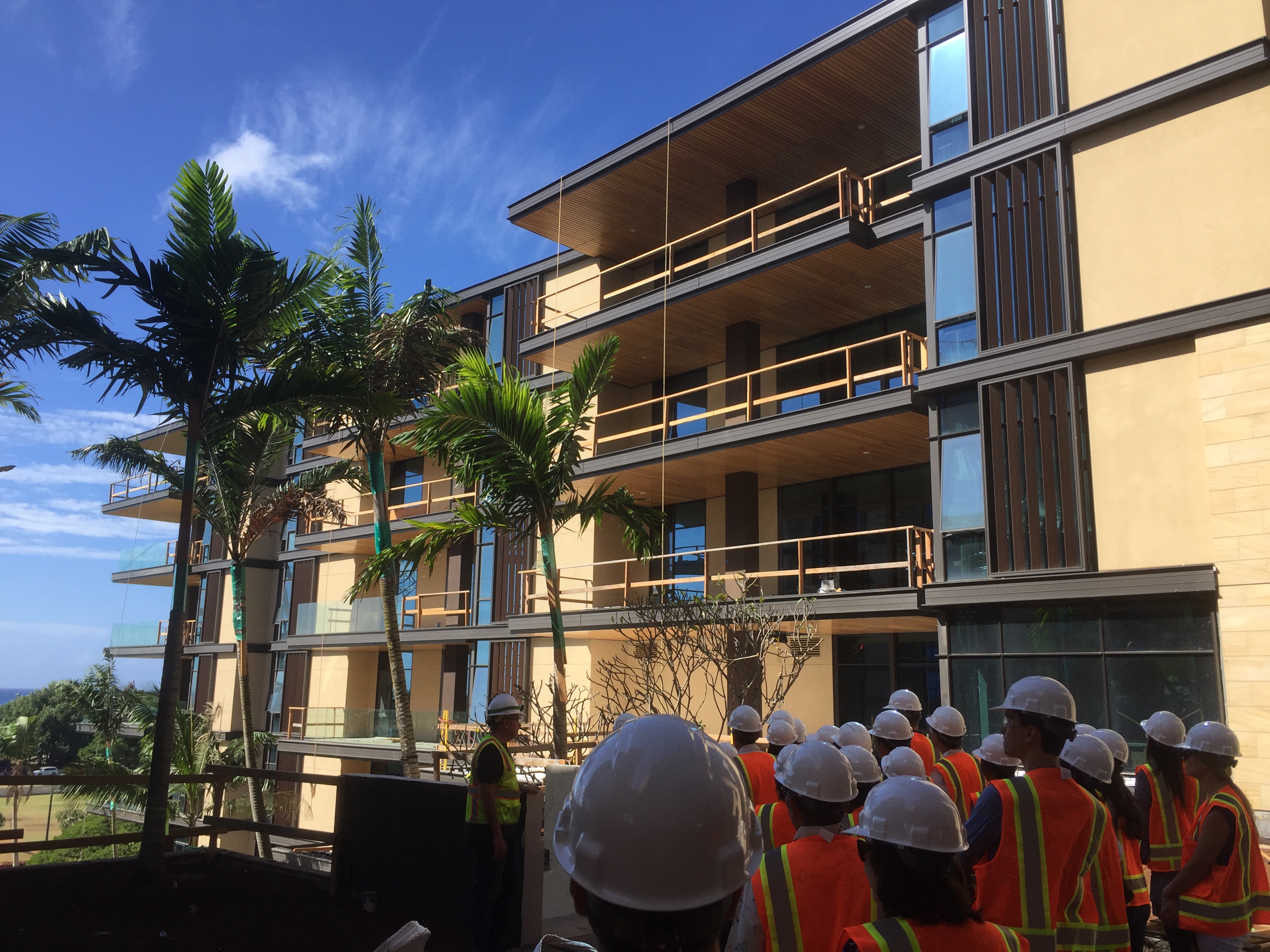 Park Lane Tour - Phase 1 Units on the west gearing up for release in April, 2017

Driving down Ala Moana Blvd., one can't help but notice it recently coming together just prior to Christmas. Sales are expected to start closing this April, however here's a glimpse of what we got to see: 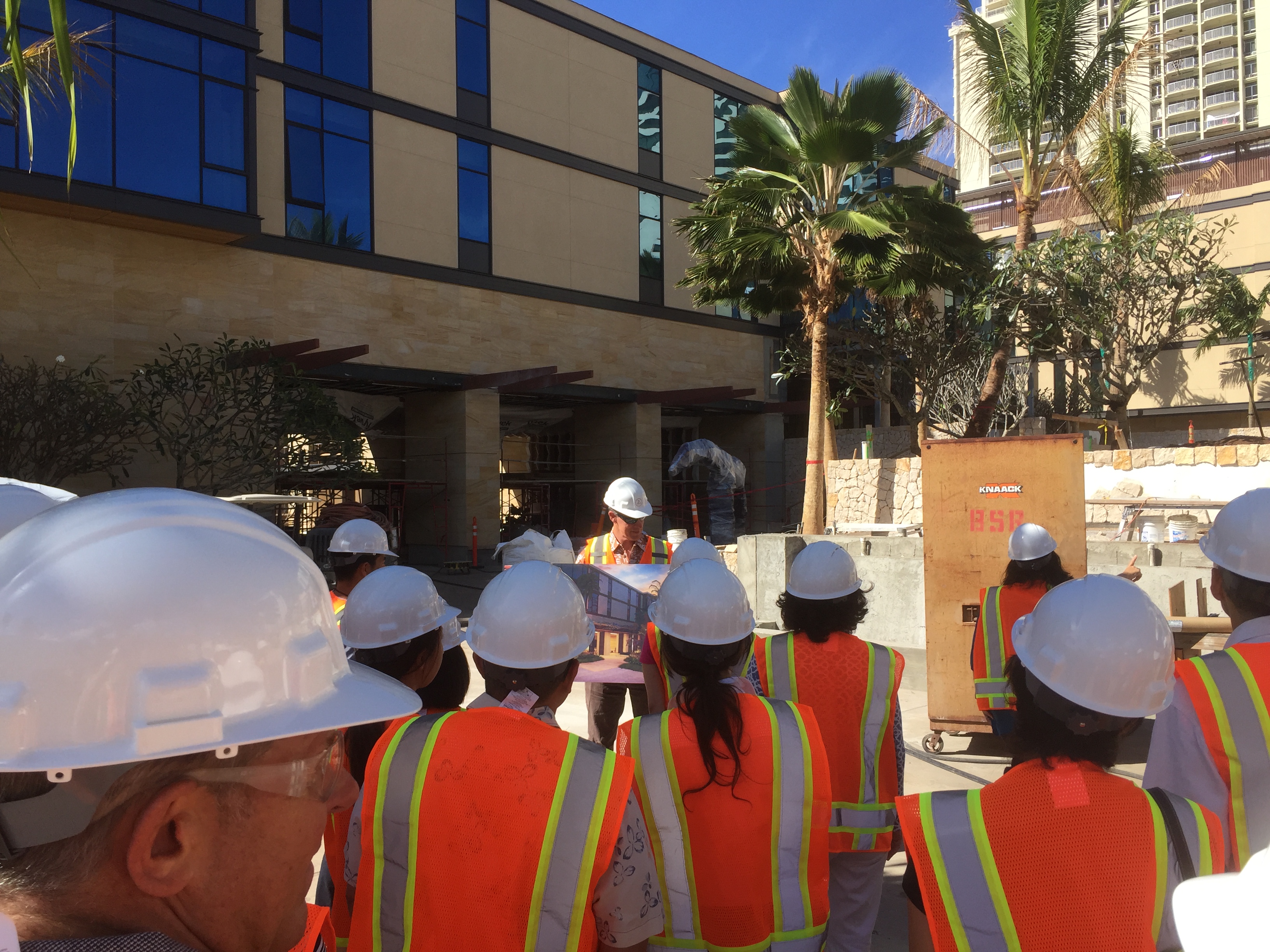 The main entry for Park Lane residents will be a ramp off Piikoii Ave. Taking the driveway to the top, you come to a grand driveway and porte cochere. There you will find the lobby, mail room and entry for guests. Once you're up top, you feel like you're in your own private oasis as the nearby high rises and shopping center don't seem as if they are just right there. The developer was also in the process of bringing in a ton of plants and trees for the entry way, common areas and walking path on the mauka side of the units referred to as "Park Lane". 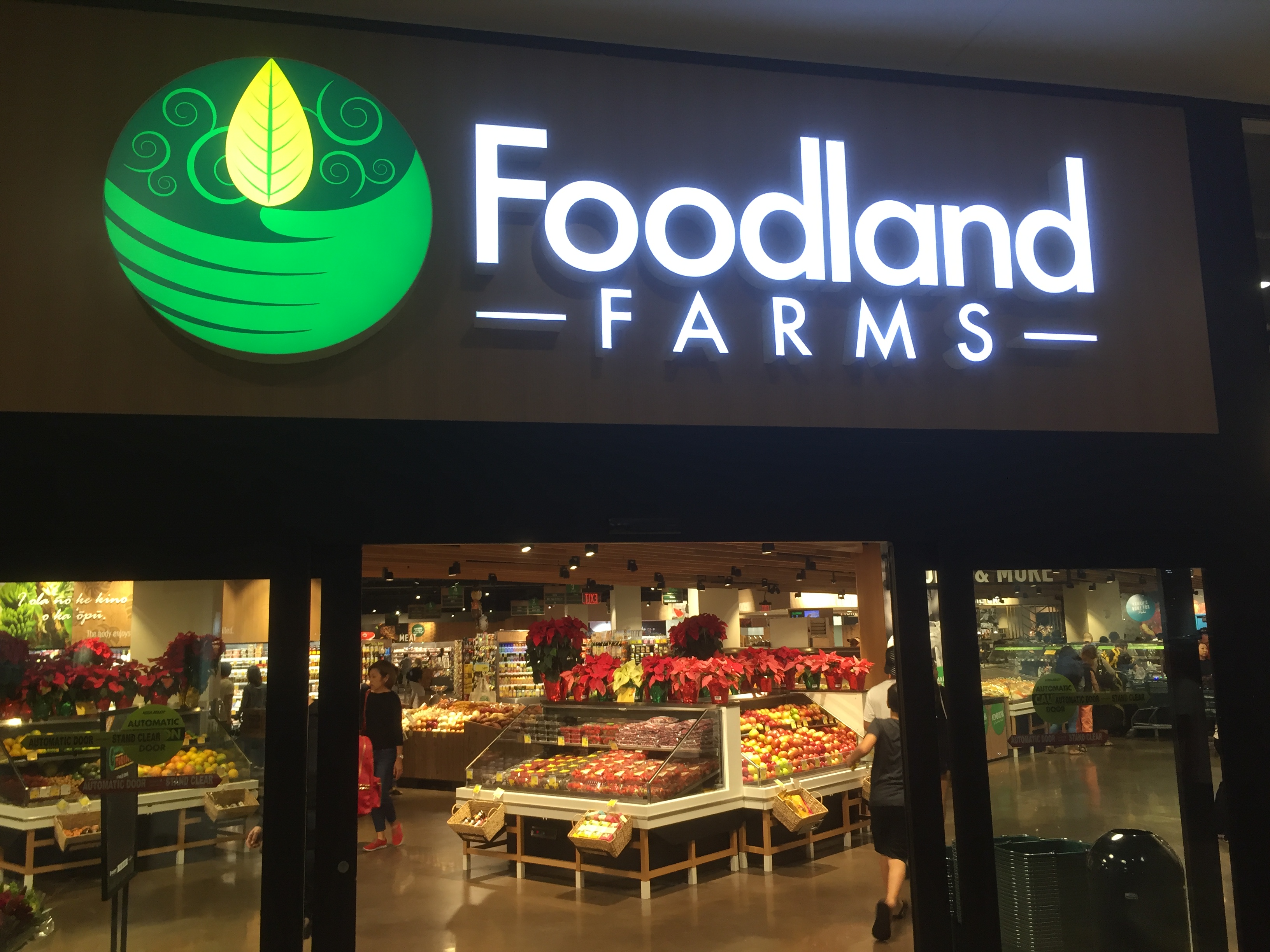 Outside of Park Lane being one of the few/only condos in Honolulu that will allow you to BBQ on your lanai, you've got a brand new Foodland Farms out the back on the west end of Ala Moana Shopping Center. I've also been told they will be offering a delivery service to Park Lane residents as if the short stroll was too inconvenient. 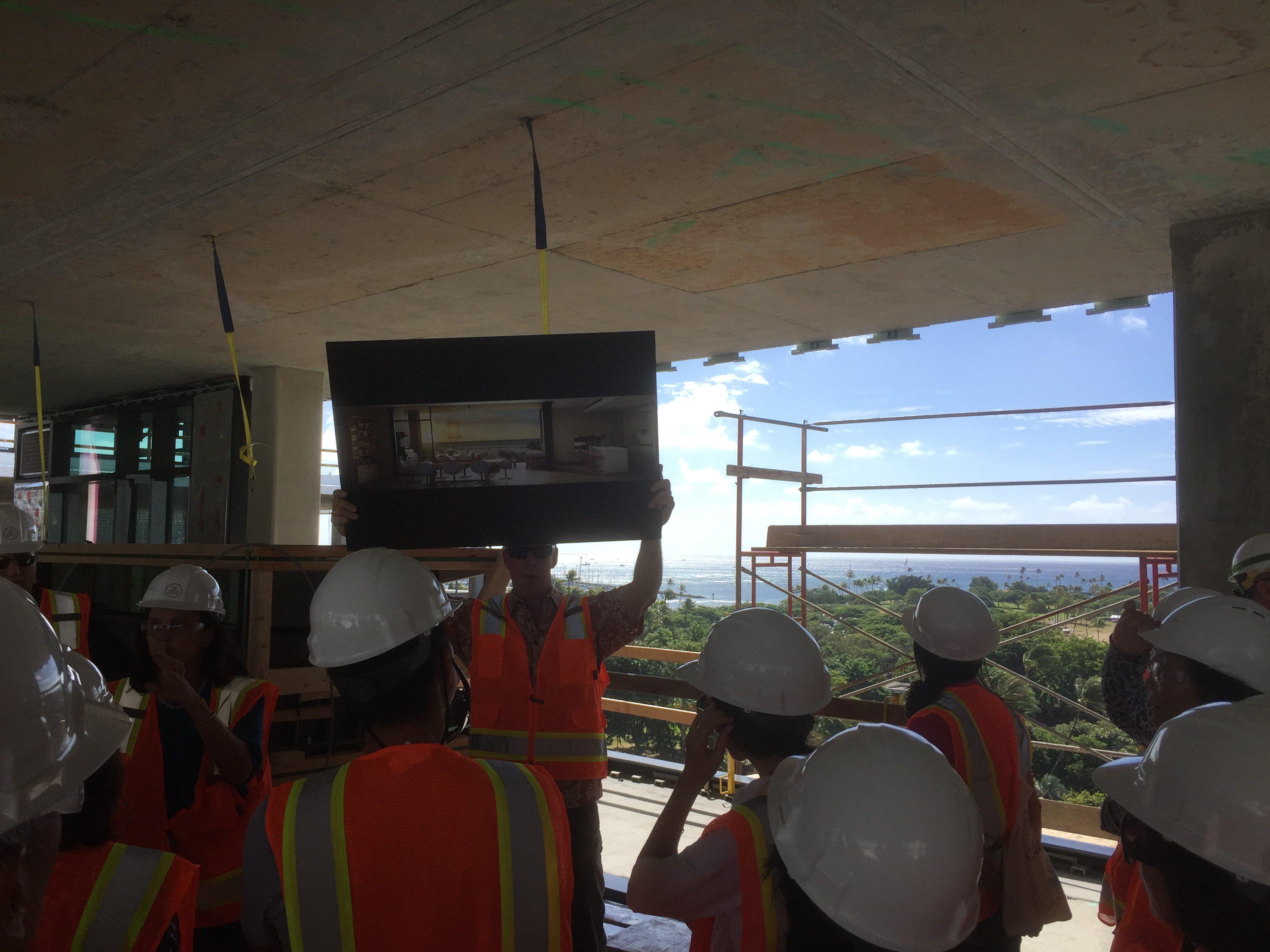 Park Lane Unit Under Construction and Rendering of Finished Product

What was impressive about the space was the high ceilings, privacy at entry (not a huge common hallway like most condos), close access from parking and more impressive was how little noise was heard from Ala Moana Blvd.  Keep in mind, we were there on a week day as the Holidays were starting and you could barely hear the cars. The unit above is set back a bit from the road though, however what was impressive were the view channels it offered of the park and ocean. 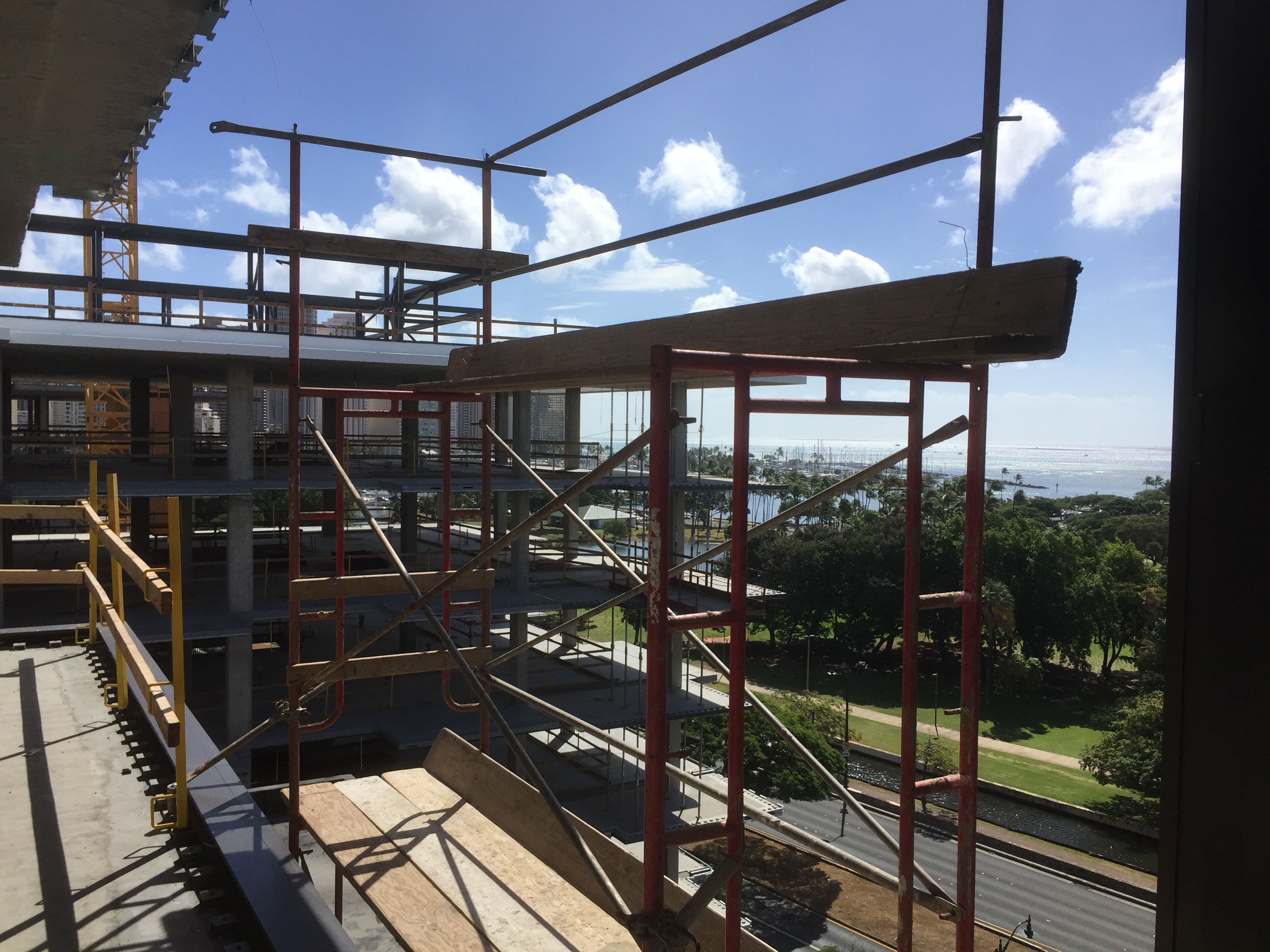 Construction to the East

As I'd mentioned earlier, the first phase of owners will be moving in to the units on the west end (closest to Piikoi) in April. The releases will work their way down the lane to the last owners getting their keys most likely around August +/- for those closest to the Macy's end of the mall.

So far, roughly 86% of the units have been sold, so there's not a whole lot of inventory remaining. Here's some additional renderings of what the final product is expected to look like: 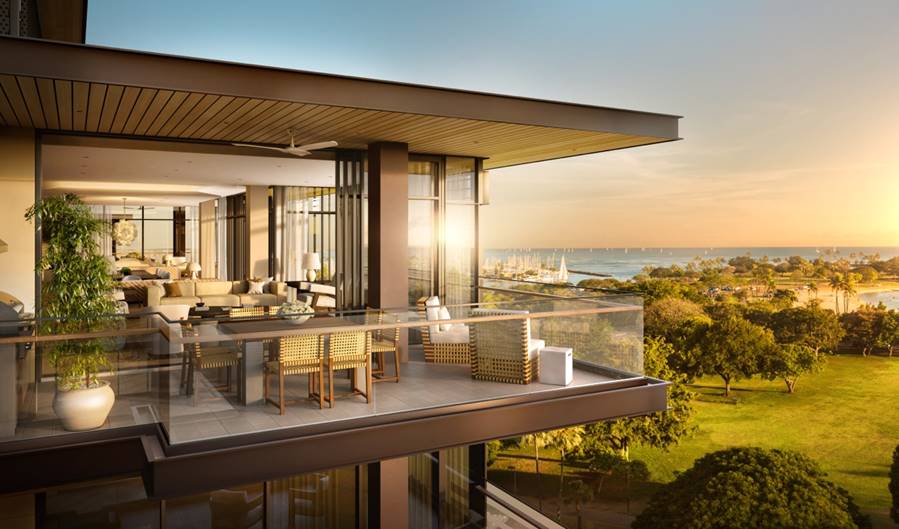 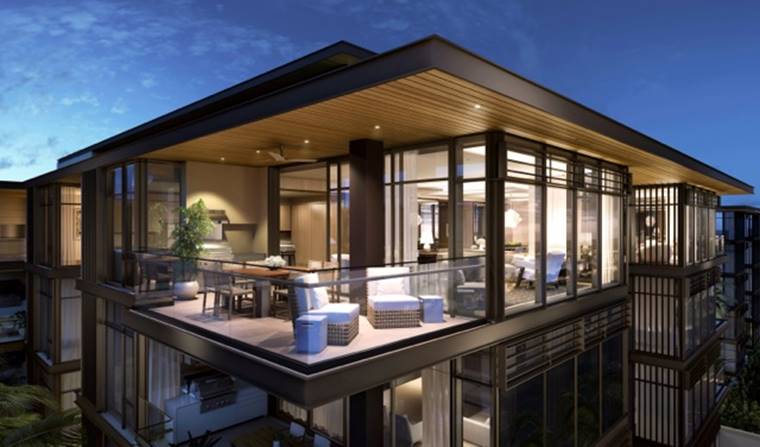 To learn more about Park Lane and available inventory, feel free to contact me for more information.