Waialae-Kahala Showed the Most Overall Market Strength in April

The median sales price saw the largest bump on the North Shore which was up 44%. Right here in Waialae Kahala saw almost as high a gain with a 41% increase, where the median sales price went from $1,250,000 to $1,761,250. That's quite a significant increase. We're coming to you today from our latest Harcourts Auctions listing at 4817 Aukai Ave. 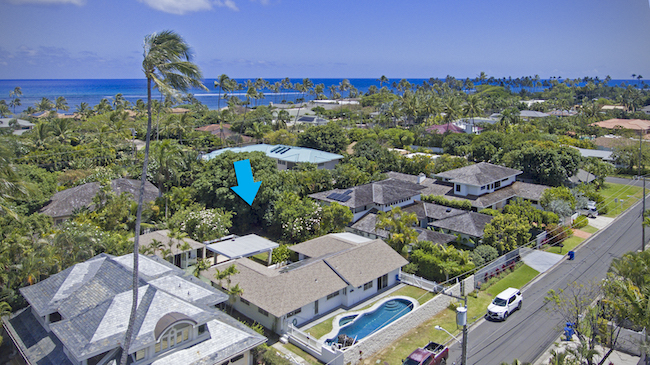 This Aukai Ave. home is an incredible location at a quarter of an acre and a block and a half from the beach in some of the most prime real estate here on Oahu.

The inventory was down in almost every neighborhood we track on Oahu. The only exception of that was Wahiawa, which was up just 9%. The irony of that is right next door in Mililani, they saw the largest decrease of new listings hit the market. We saw a 67% drop in new homes coming online. Whereas, in April of last year there were 83 new listings and this year there were only 27 new listings coming to market. That's a significant drop due to Corona Virus. Mililani is a major demographic for military families moving going into summer. We'll see if that inventory ticks up in May going into the summer.

In Makiki - Moiliili the number of sales was up by 34% to 43 sales and the median price was 19% higher than in April last year at $410,000. For the most part, despite reduced inventory, condo prices are holding steady. Aina Haina - Kuliouou posted the highest median condo price at $911,000

As we look toward the future, the number of new listings in April was down in 19 of the 21 neighborhoods we follow, an indication that condo buyers will have fewer properties to choose from in coming months in almost every neighborhood. With the opening this week of the beaches and some shopping malls, the economy seems to be slowly gaining momentum. If you’d like to talk with us further about market conditions and the opportunities the market presents, please get in touch with us. In the meantime, be safe and don’t forget to keep washing your hands.