What Does President Elect Trump Mean for Trump Tower Waikiki?

Typically you have to wait for a U.S. President to be out of office for awhile before you start hearing of buildings, libraries and schools being named after them. That's not the case for our new President Elect Donald Trump. We've already got Trump Tower Waikiki, which was built in 2009. 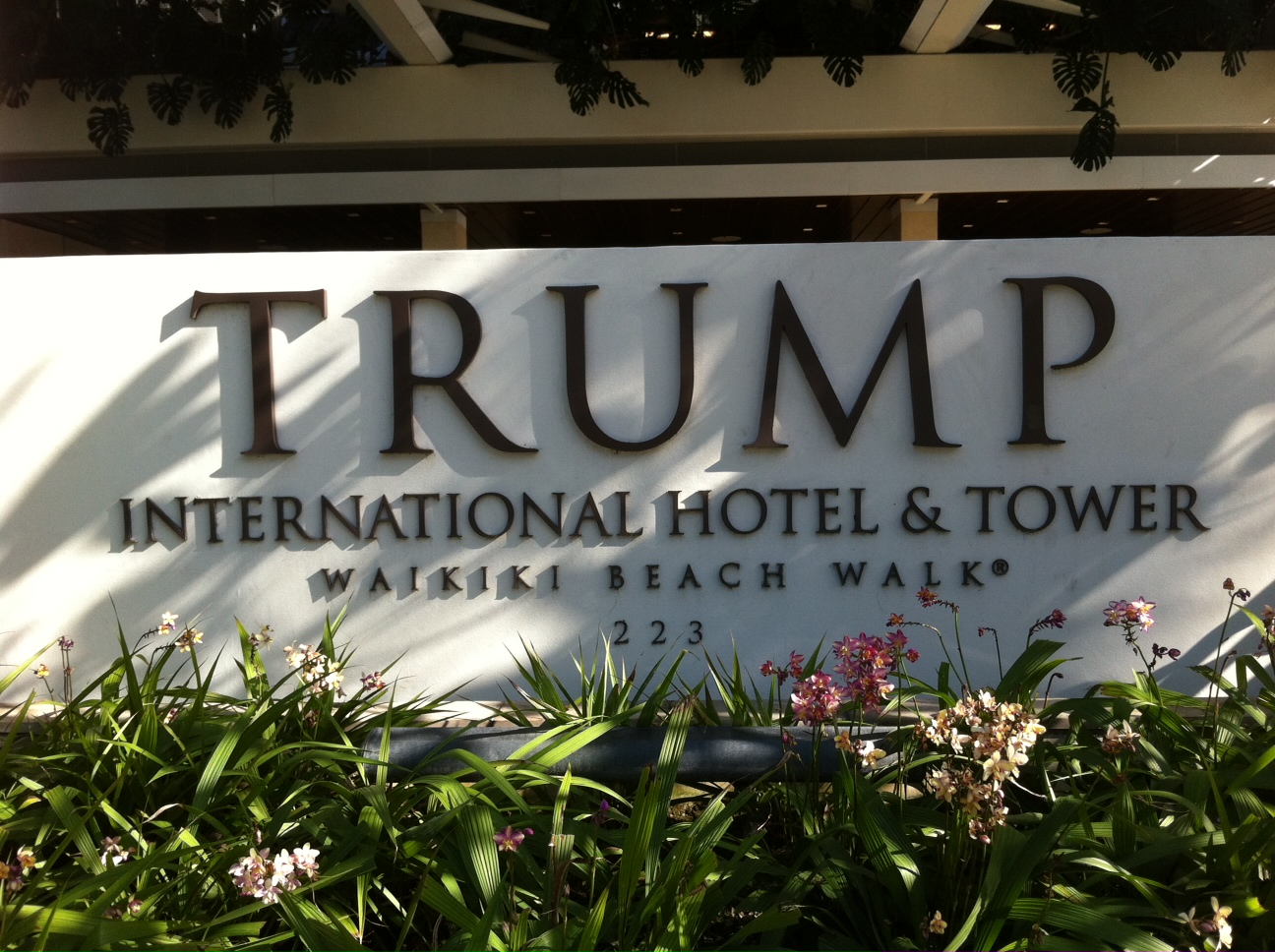 Trump's name has always been synonymous with luxury real estate throughout the world and the building that bears his name in Waikiki is no different. Unlike his original signature properties in Manhattan, the recent addition was more of a branding play (for a royalty fee) in partnership with Irongate Development, who later went on to development the Ritz Carlton Waikiki.

There were record sales when the offering first went to market at the last peak in 2006. Nearly half of the units were sold overseas in Asia and the remaining inventory went went within a weak. Over time, as the market turned the developer got a bunch of the units back and some buyers lost their deposits. Since the building was completed in 2009, here's a breakdown of resales by year in MLS: 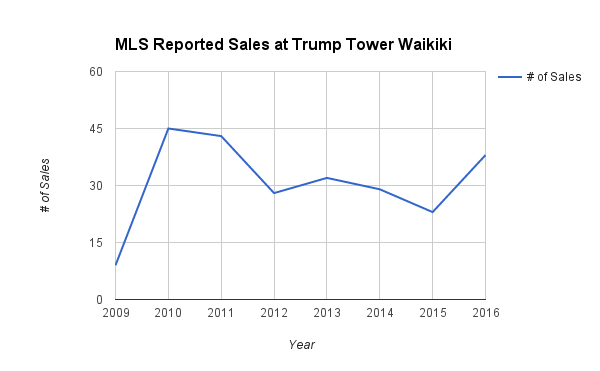 As you can see, sales were tapering off since the first full year of resales in 2010. So far this year, sales are up 65% compared to 2015 and we still have another 1.5 months to go in the 2016! It's definitely showing a strong sentiment from buyers in the marketplace. A few years back, I recall there being 70+ active listings in the building. Today that number is 52, which is over a 25% drop in inventory. 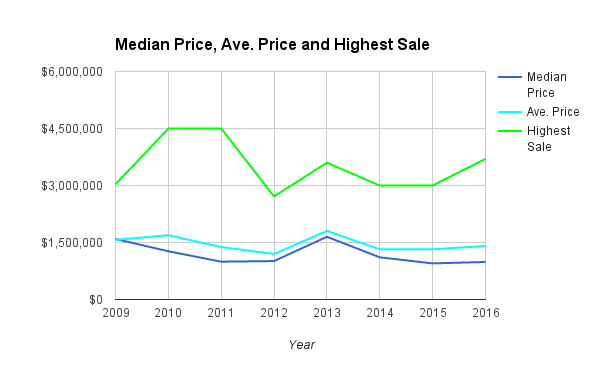 The median and average sales prices have chugged along since the initial sales. Although there's a broad variety of product between the studios, 1, 2 and 3 bedroom floor plans, this should give you an idea of the overall stability of the project. The high sales in 2010 and 2011 were some 3 bed units, however none that size have sold since - which is why you're seeing the highest sales in recent years fall short of those years.

The Future of Trump Tower Waikiki

Like most of Waikiki Real Estate, tourism plays a big factor in consumer confidence and return on investment. Tourism number have been great this year and expectations are optimistic in the near future. There is another player in the market that has recently come online in the luxury condotel market - which is The Ritz Carlton I'd mentioned earlier ironically was the same developer. The difference in my opinion is the Trump Tower is in a much better location - just a block inland of the Halekulani Hotel and the iconic Outrigger Reef which are on the beach at Waikiki. The Ritz Carlton is set further back on Kuhio Ave. and a further trek to get to the ocean.

Time will tell to see if Trump's election will play any part on the resale and return on investment for Trump Tower Waikiki. If you'd like to get in on the action to buy one or think now is the time to sell, feel free to contact me for more information.