This summer I wrote an article on a really cool mid century modern home on Makiki Heights. I never would have guessed another would be hitting the market so soon (since they're so rare), especially one designed by Vladimir Ossipoff on the Historic Registry. 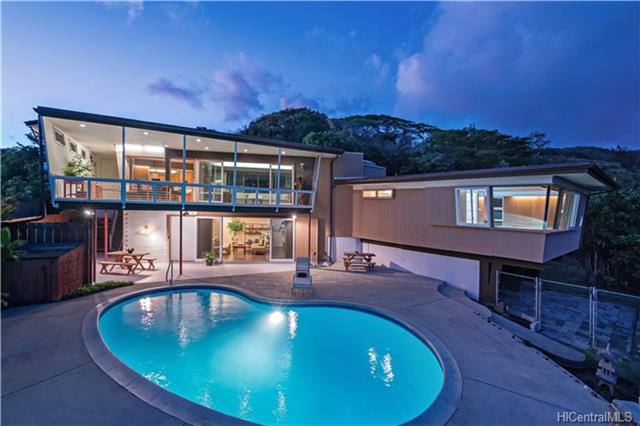 Built in 1953, this is the first time it's been available for sale. Like a lot of Ossipoff's works, they were set in some incredible backdrops. As you can imagine, when he was designing homes in the 50's, land was not as scarce as it is today and those that had the means to acquire a nice lot at the time could also afford to have one of Oahu's finest architects come in to make something really spectacular. 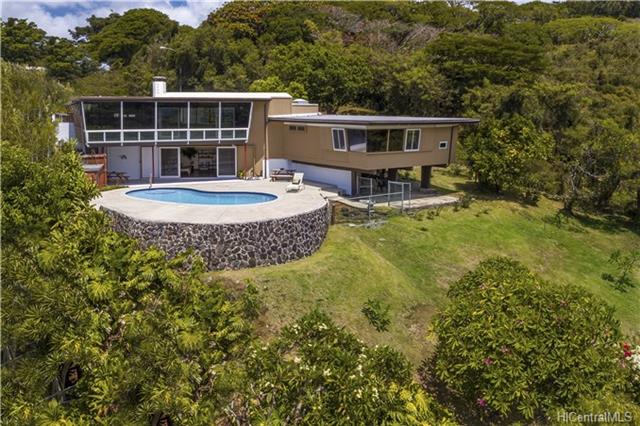 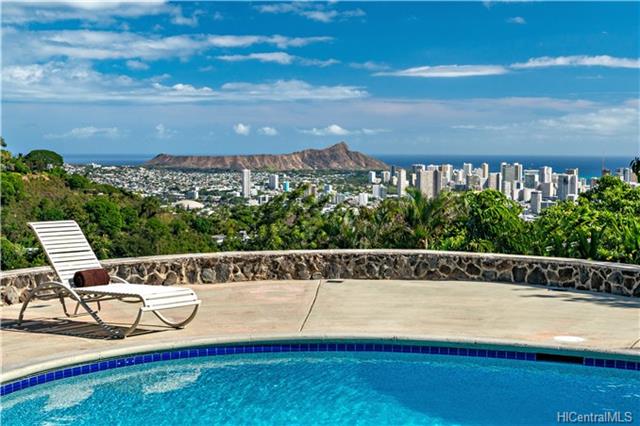 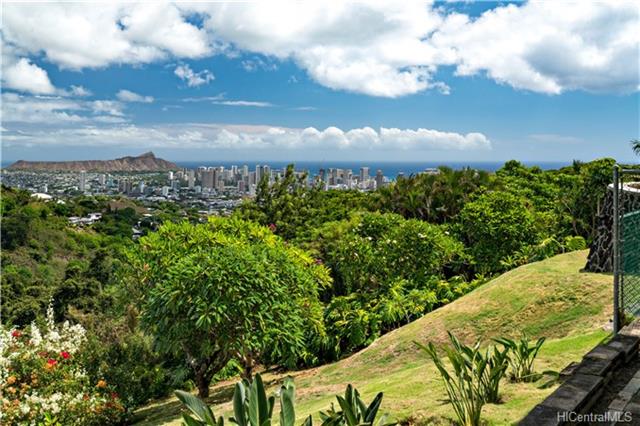 Imagine being on this setting with Diamond Head and Honolulu as your backdrop....

In this day and age, it's difficult to find an available parcel to build on with such a nice view! I do however have a lisitng further up the hill on Tantalus available for $1.3 million. 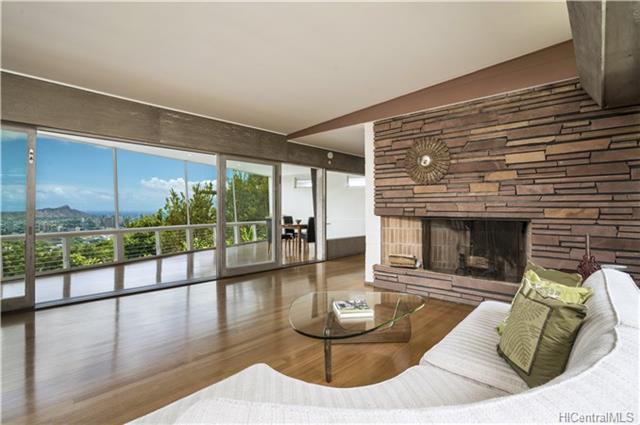 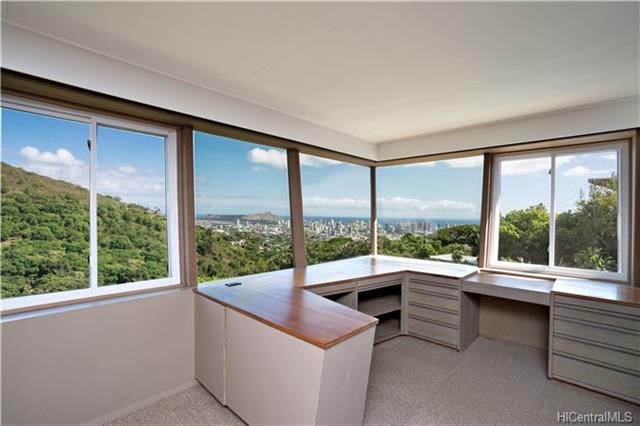 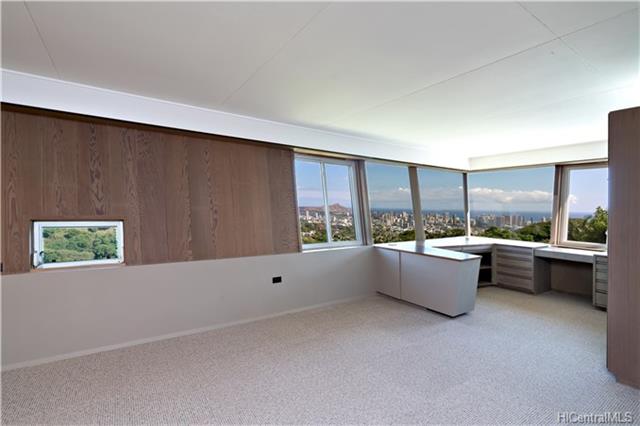 Although I'm not fond of the kitchen and bathroom remodels (they deviated from either the mid-century or current modern feel in my opinion), the main living area and bedrooms kept true to Ossipoff's signature modern lines. He also integrated some stone wall features in the living room and planter here which remind my of some of Frank Lloyd Wright's works. 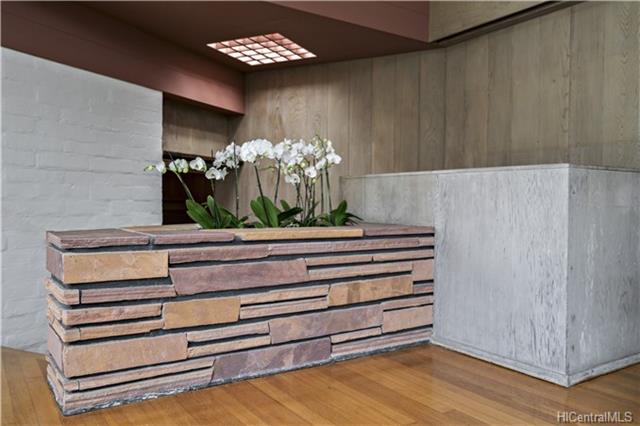 Sand stone in planter used by other mid century greats

In addition to the use of stone and that narrow CMU brick (seen in the photo above to the left) that was prevalent in the 50's here in Hawaii, the home also has lots of hard wood built-ins and for storage. 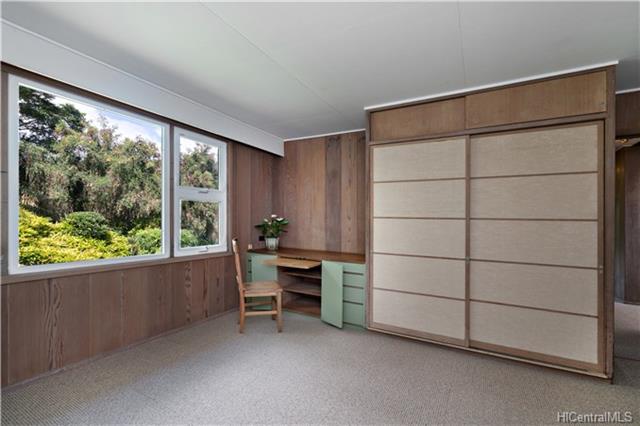 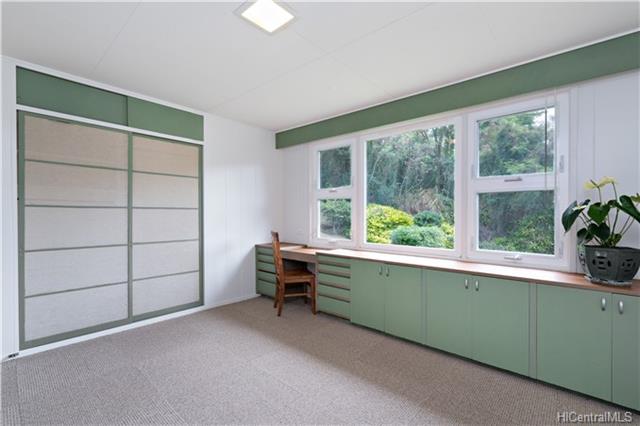 Built-in storage and use of shoji doors for closets

The home also has several shoji doors that reflect Ossipoff's Japanese influence from the time he lived in Japan. Also, notice the way the windows frame in nature to bring the outside - in.

In addition to the location, views and incredible architecture, one of the added bonuses is this home is on the Historic Registry. What this equates to is a HUGE savings in property taxes - which are currently only $300/year! 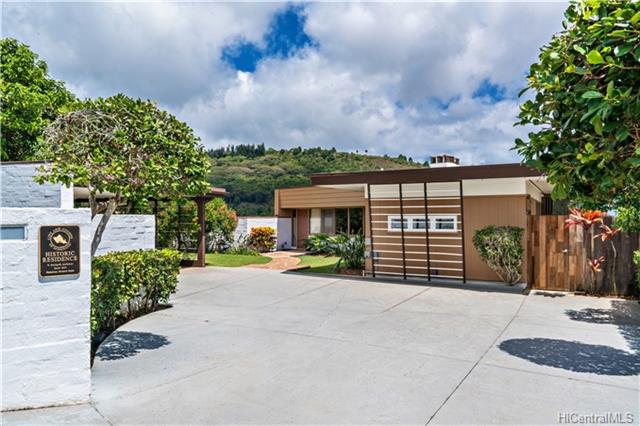 This is one of the added perks of owning a Historic Home. I sold one last year - the Marks Estate in Nuuanu and the owner had the same tax break of only $300/year. If you're interested in learning more about buying or selling either a Historic or Mid Century Modern home on Oahu, feel free to contact me for more information.

Hi there, We're in San Francisco, and just starting to dream of a mid century vacation home in HawaiI. We're looking for something fairly original, without much renovation. Can you keep me updated with any amazing listings you have coming up? Thanks!

Aloha Caitlin, No problem ;) In the meantime, I'd also recommend bookmarking this page to check back periodically: http://www.hawaiihomelistings.com/architecture/mid-century-modern-homes/