It's hard to believe tomorrow marks a year since the tragic fire at the Marco Polo Apartments on Kapiolani Blvd. I remember it like it was yesterday. I was coaching my daughter's canoe team on the Diamond Head side of the Ala Wai canal when we saw all the smoke and heard the fire engines. 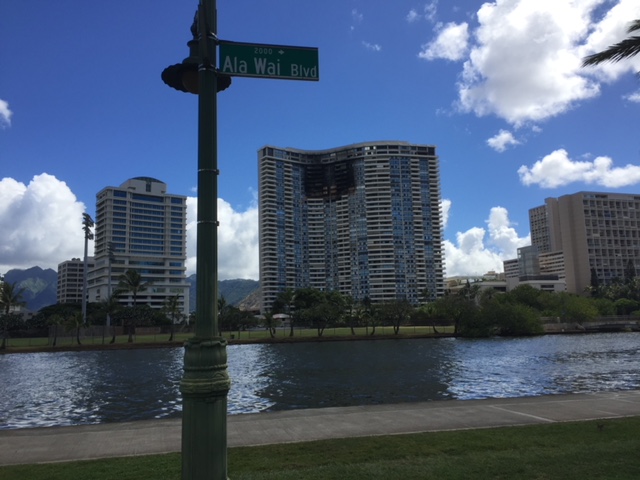 When I heard it was the Marco Polo, the first thing that ran through my head and shared with the coaches at paddling is it won't be good... Having been a Honolulu Firefighter for roughly 8 years, I knew the building had an enclosed hallway and was hard to ventilate. I also knew it was an older building that most likely didn't have sprinklers and the chances of the fire spreading throughout the hall from unit to unit would increase.

It's really sad that 4 people lost their lives that day. A year later we've seen politicians and the community try to pass legislation for older buildings to retrofit for sprinklers. We also have seen in recent days in the news that (to no surprise) a handful of lawsuits are out there.

My predictions after the event was that sales in the building would come to a grinding halt as the building, knowing it would be hard to get a financing on with litigation, fear and uncertainty. I recall looking up the building in MLS the following Saturday morning and saw there were a few units in escrow.  Unfortunately, all those deals fell apart.

Here's the data that came to fruition since: 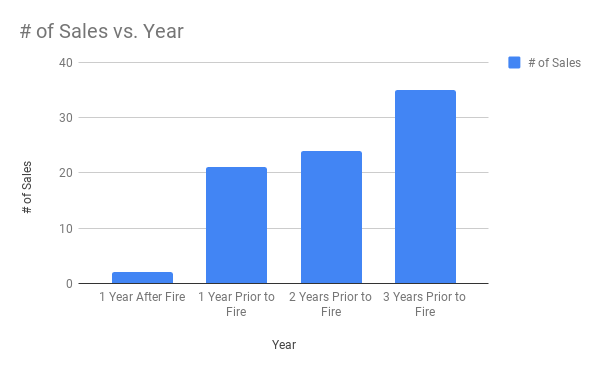 Since the fire that took place on July 14, 2017 there have only been 2 sales that have closed in MLS (both of which closed last month):

We pray that time will heal those that have lost loved ones. I also predict that time will heal sales in the building. In the past 10 years we saw other buildings in town such as the Ilikai and Moana Pacific that went through some tough times when they were in litigation. Over time, banks WILL start lending again at Marco Polo.  It's not a matter of if, it's when. I can't predict when that will happen, however I do know sales volume will start to pick back up and my prediction is those that have cash and can wait out the storm may be happy campers - just like those that bought at the Ilikai and Moana Pacific during those hard times.