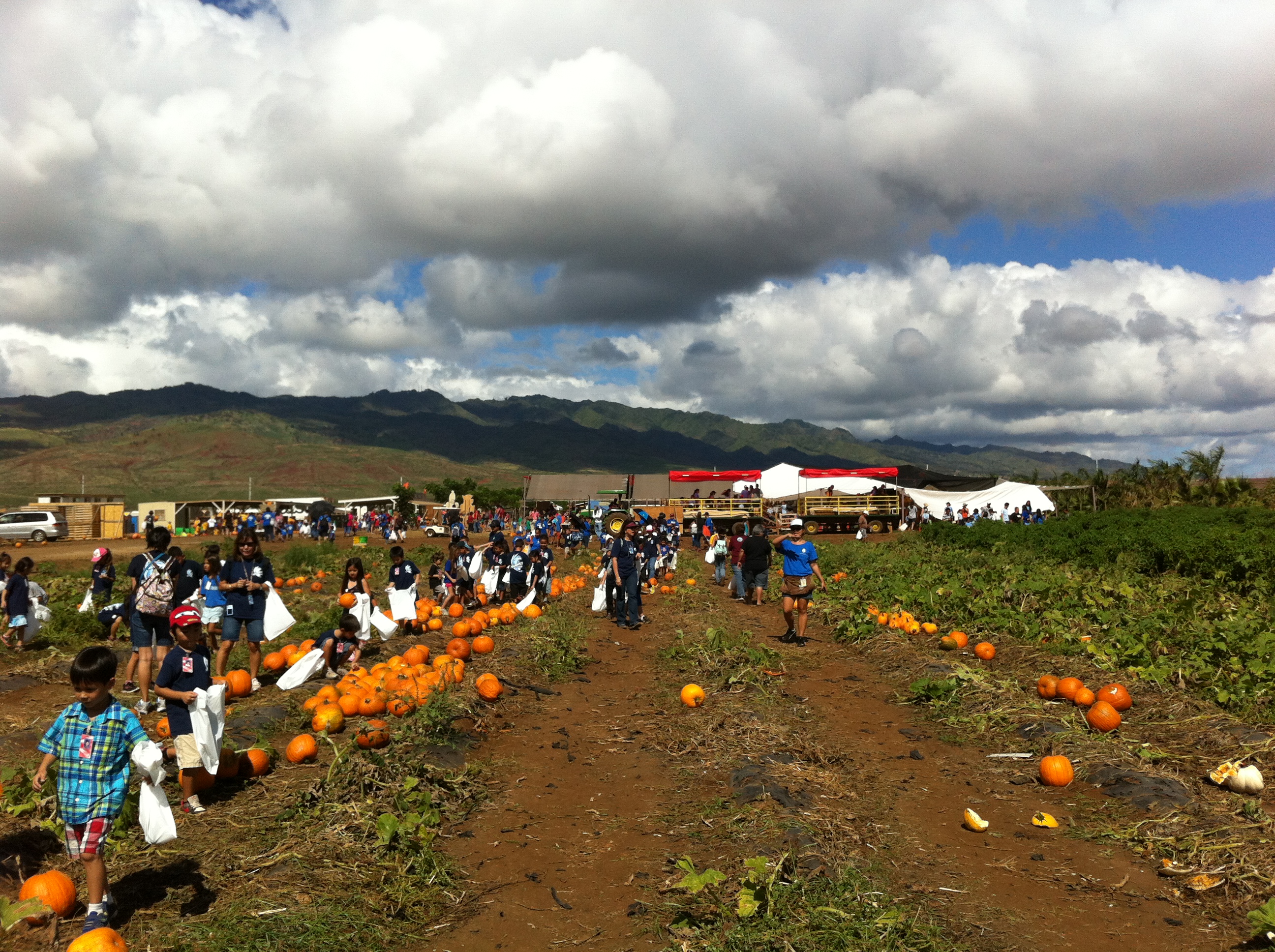 I had such a great time being able enjoy the experience with their class. We were just one of many schools that happened to have an excursion the same day. This acreage nestled between Ewa Beach and Kapolei is quite special. 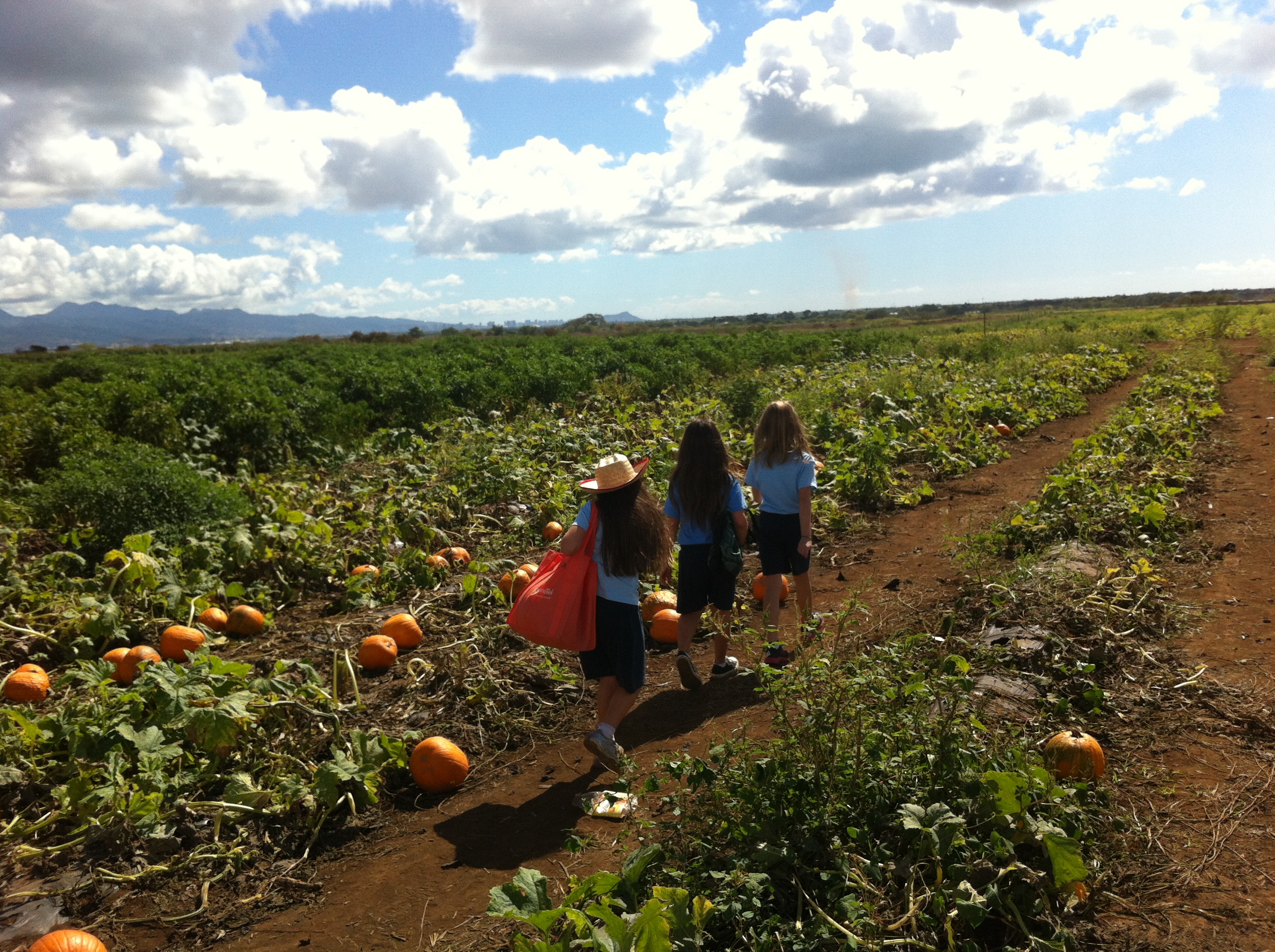 2nd Graders in search of the right pumpkin to take home...

Living on Oahu or the Gathering Isle I've learned that things are not always constant and this portion of West Oahu appears will be undergoing a significant change over the next few years. As we were bussed in to the farm that day, you can see the pilings already being laid for the rail system the city has planned. For better or worse, the landscape we see today will me much different when we look back 10 years down the line. 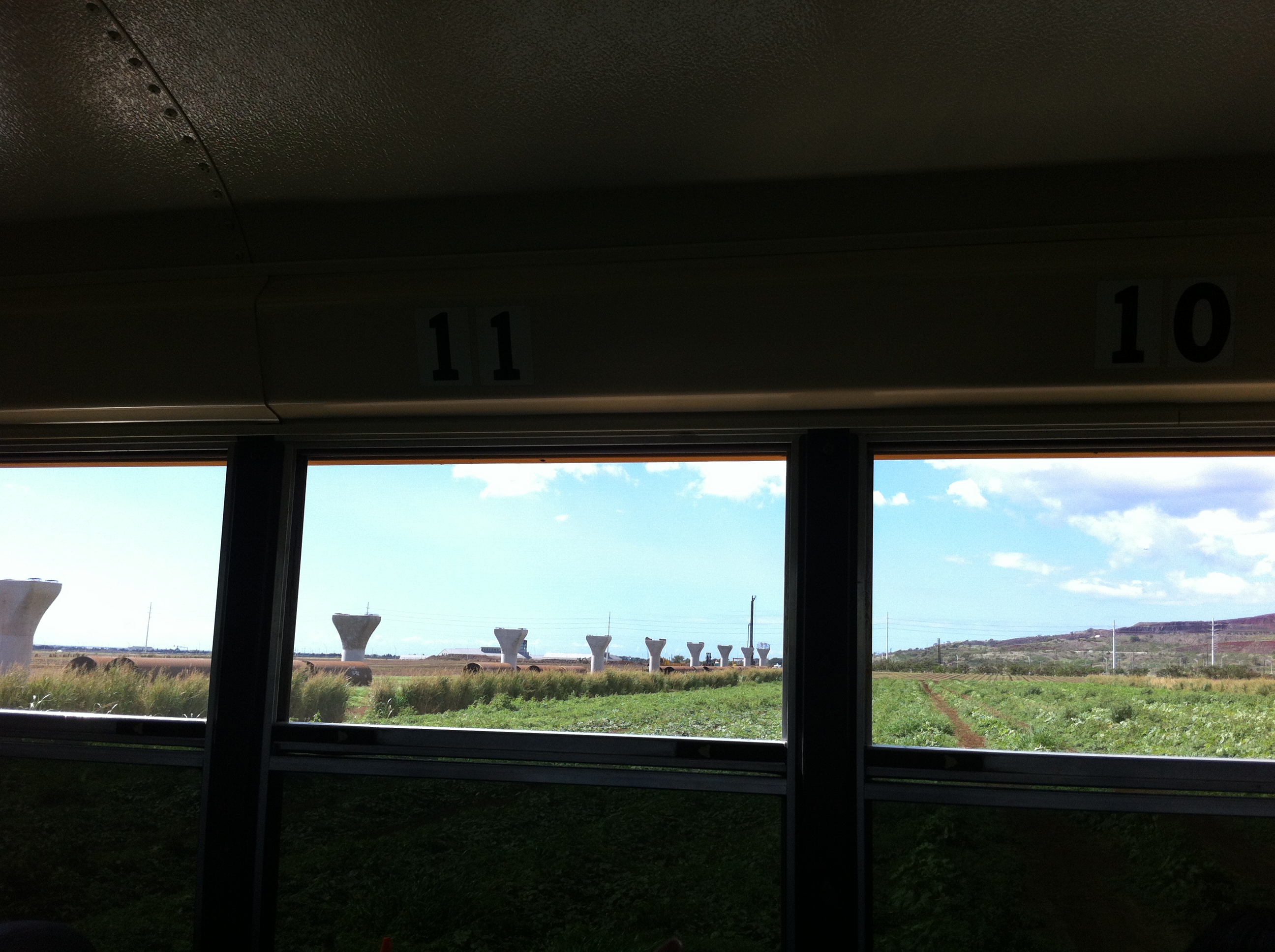 Although progress on the rail has been slowed down with lawsuits and funding, you can get a glimpse here of what may lie ahead for West Oahu. Living in the Pacific near the ocean, I'm still not 100% sold on the idea of a steel on steel rail system here.  I could already make out the rebar rusting through on the pilings... take Aloha Stadium for example. Although an iconic stadium that's hosted the Pro Bowl for many years, it's rusting apart and some say becoming obsolete. I'm wondering what will happen if/when we spend $5 Billion + on the rail here, how will it be maintained? Will it rust also? If so, where will the $ come to repair and maintain it? 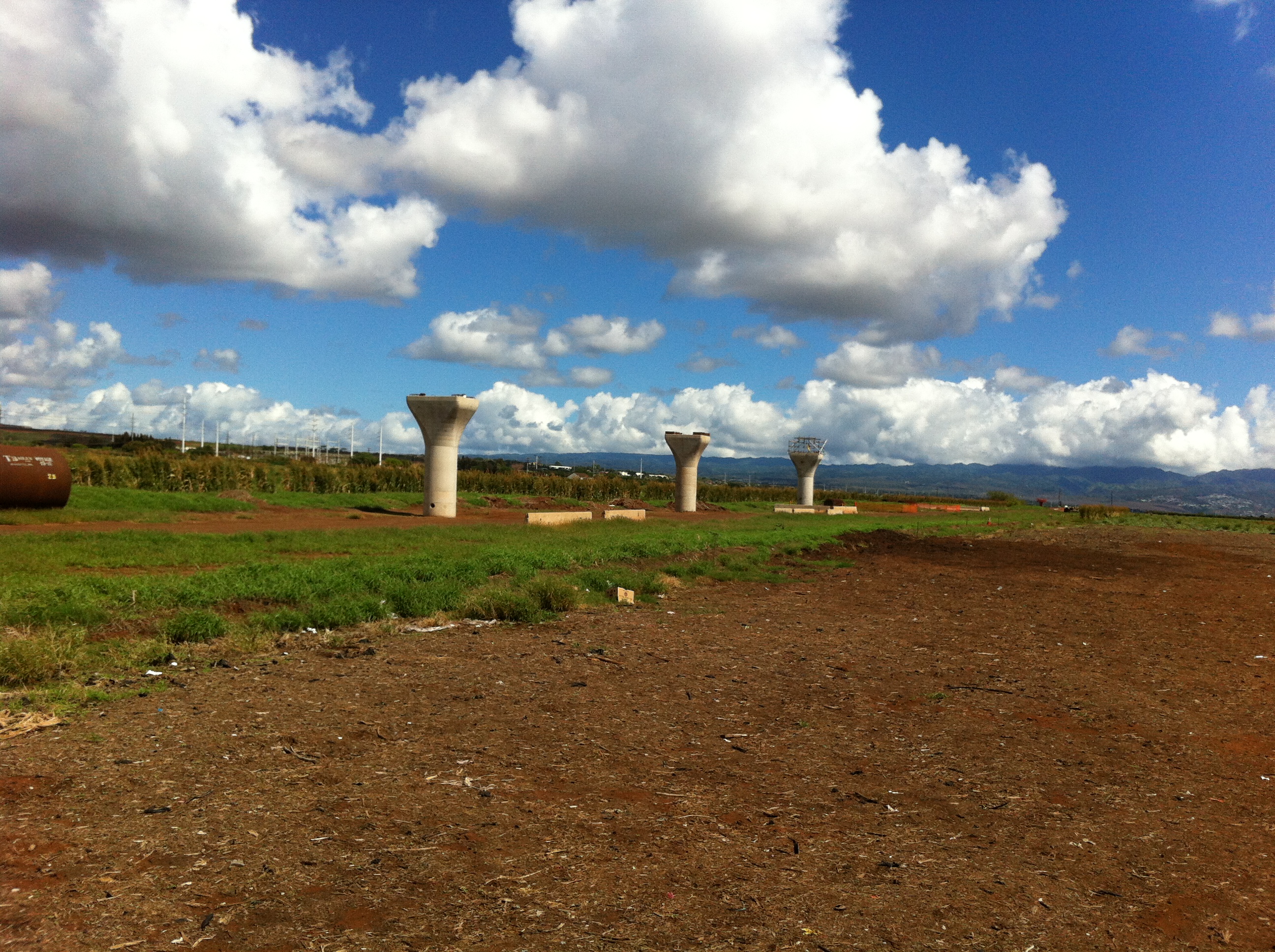 In addition to rail, DR Horton has plans to build 12,000 homes on the current site of Aloun Farms in their Hoopili project. According to an article in Civil Beat last year, the farm is actually in support of the homes. The promising news in this is it sounds that they have a place to move to. Regardless of the change, I'm glad I've taken the opportunity to enjoy the Pumpkin Patch with my daughter as it may not there forever...