Hawaii's two most decorated surf ski paddlers of all time have their homes for sale here on Oahu. Both Marshall Rosa and Nalu Kukea are the only two Hawaiian surf ski paddlers to have a handful of 2nd place finishes in the prestigious Molokai to Oahu Surf Ski Championships - a race that has been dominated by international paddlers for nearly 40 years* 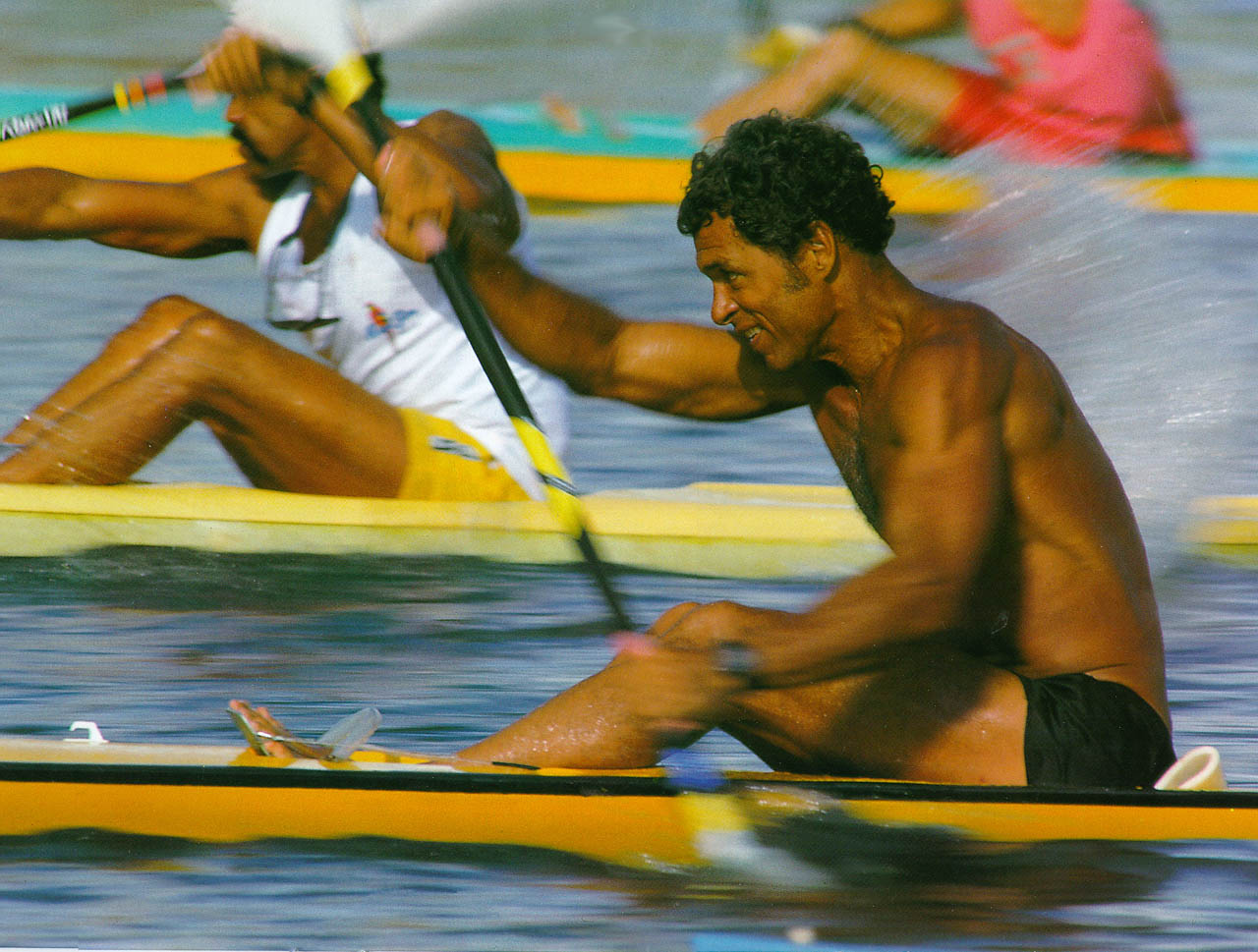 Marshall Rosa is arguably the best paddler ever to come out of Hawaii. A natural waterman that grew up one of six kids on the ocean at Portlock in Hawaii Kai. He is a good friend and childhood friend of my father Mark. They attended Star of the Sea School together as kids and later on went on to win a number of Molokai to Oahu canoe races together during the 70's.

My Dad did the 1980 Molokai surf ski race on a Hayden. Marshall was his escort boat driver that year. The race was hot, flat and miserable and my Dad decided to pull out of the race. Having been burnt out, he went on to leave the ski at Marshall's house after the race. That's when Marshall decided to give it a go. After initially flipping over a few times, he was ready to throw in the towel. His wife Barbara later decided to give it a go and had no problem - actually paddling out and catching a wave. The rest they say is history....

Marshall went on to dominate all the surf ski races on Oahu over the next decade. He finished 2nd in Molokai to both Grant Kenny and Oscar Chalupski too many times to name. He was also a strong force for many, many years after - even winning local races well into his 50's during the 90's. He can still be seen out in Hawaii Kai passing one man canoes (with paddlers less than half his age) on a SUP (Stand up Paddleboard). 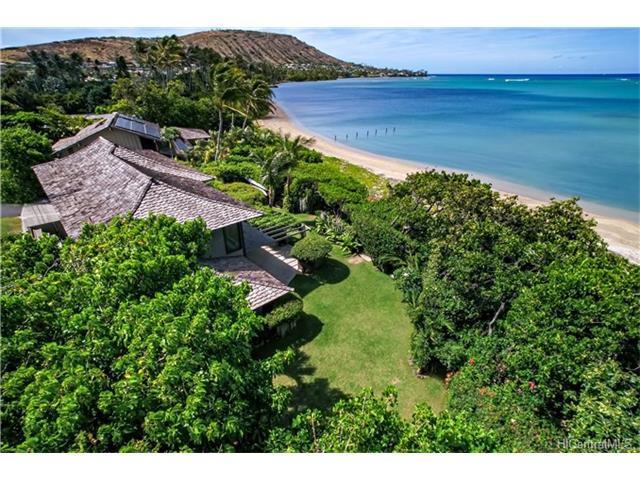 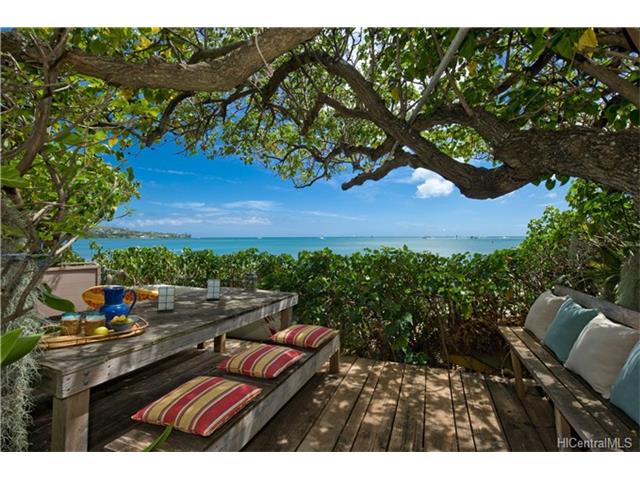 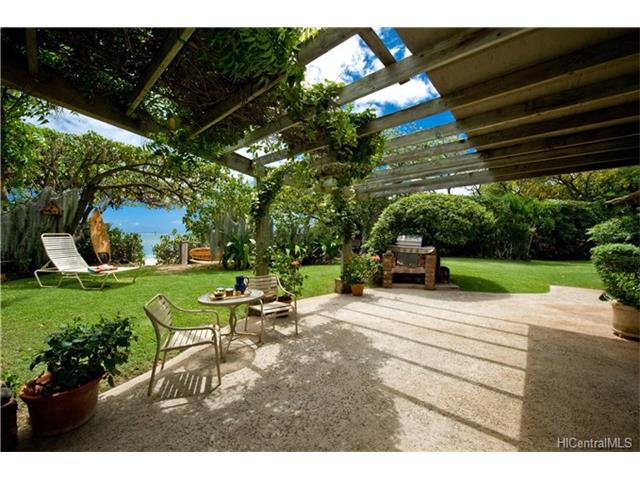 Not only is Marshall an incredible waterman, he was also an incredible carpenter. He built this home on his family's property in 1975. He also built two of the homes for my father I grew up in over the years. 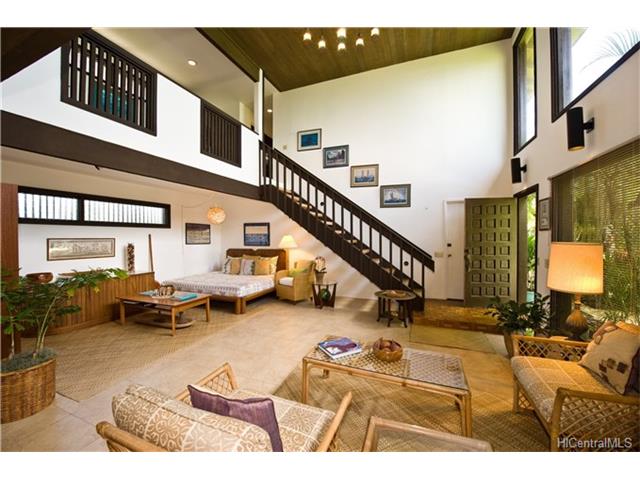 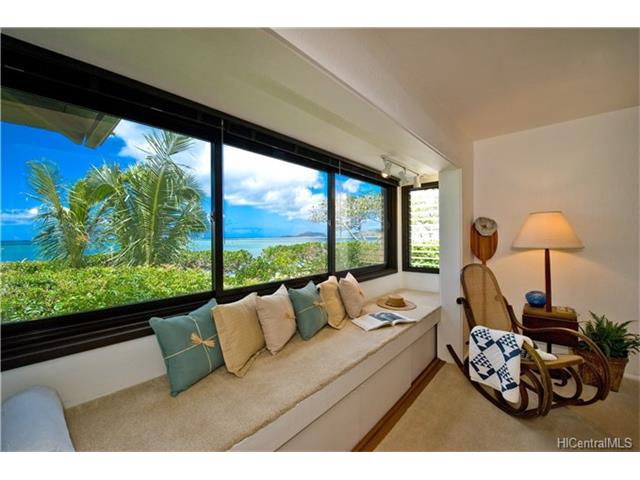 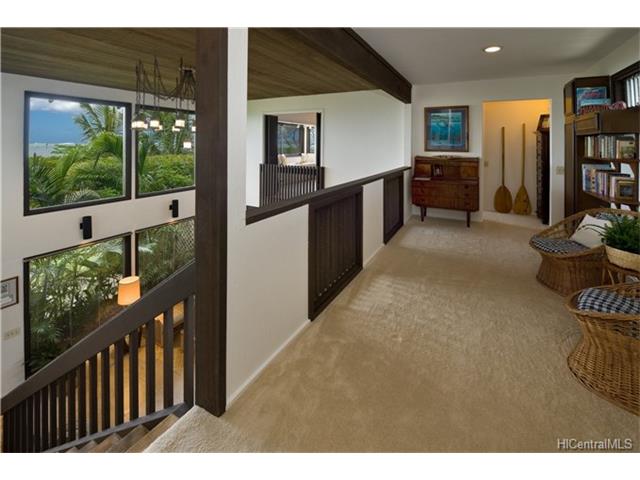 The home is listed with Marshall's wife Barbara and at the time of this article, they recently accepted an offer. I'm happy for their family. In this business, however the deal isn't done until it closes. If there's any interest on this or other homes in Portlock, feel free to let me know.

While Marshall and Nalu were a generation apart in age (Nalu's father Kala was more a contemporary of Marshall and my Dad and also an incredible waterman), their dominance in the local surf ski arena ran in back to back decades with Marshall in the 1980's to Nalu in the 1990's.

Nalu and I first met and became friends 30 years ago when I got to do a canoe race with him in the Ala Wai canal back in 1987. The following year, the two of us were part of the inaugural Hawaii Canoe and Kayak Team that went to compete at the flatwater national championships in Raleigh, North Carolina. 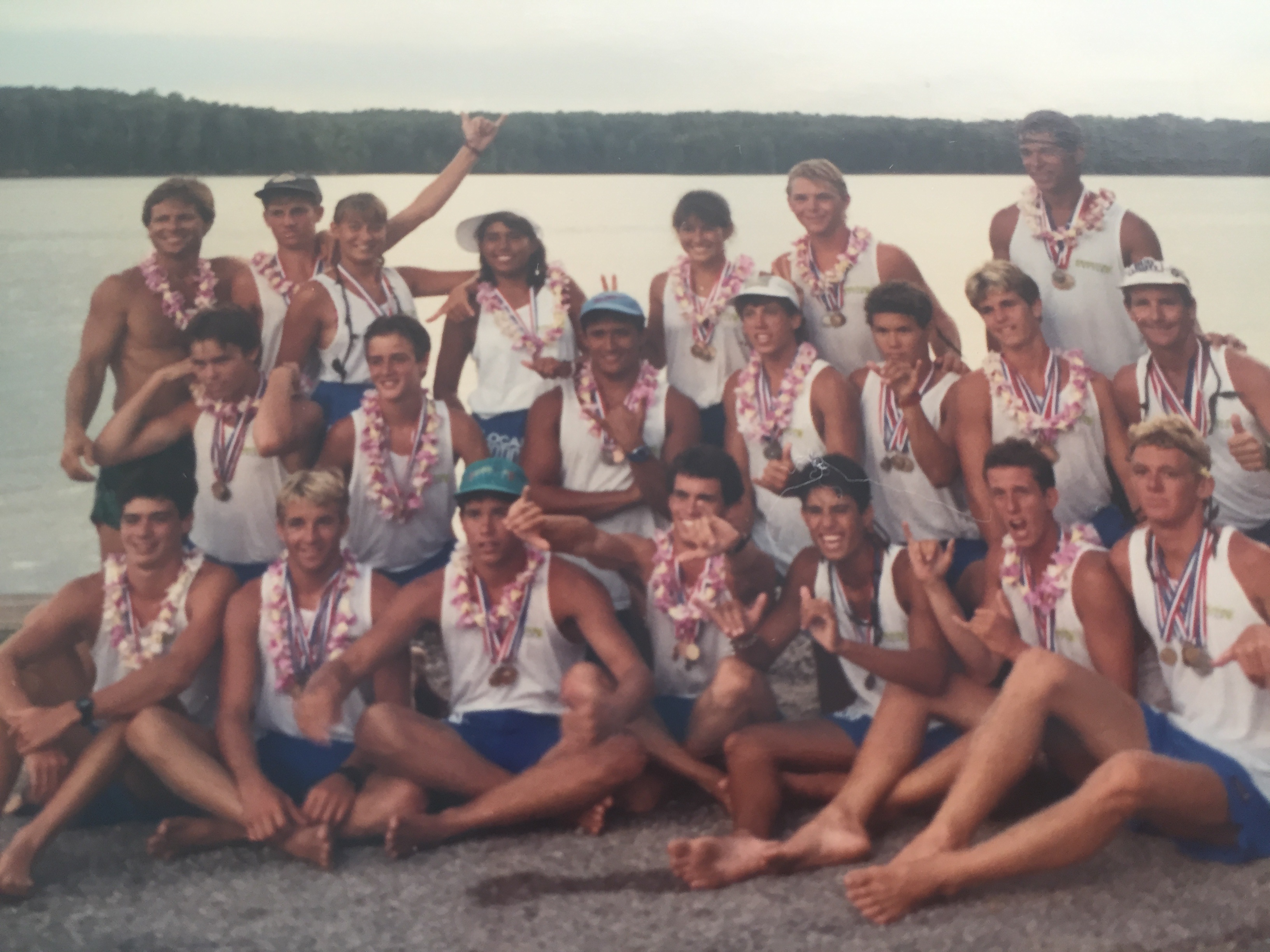 Nalu was the top Junior paddler in the US  and competed in the Junior World Championships in 1989. It was that year that he and I met Clint Robinson - a friend from Australia that went on to win an Olympic Gold Medal and also won the Molokai Surf Ski Race a handful of times. Nalu tried out for the 1992 Olympic Team and I the 1996 Team. After not making the '92 team, he moved back to Hawaii and competed in his first Molokai race where he got 2nd place. It was also my first Molokai race and one we'll never forget... It was a headwind and was the first win of nine total for another friend - Dean Gardiner from Australia. 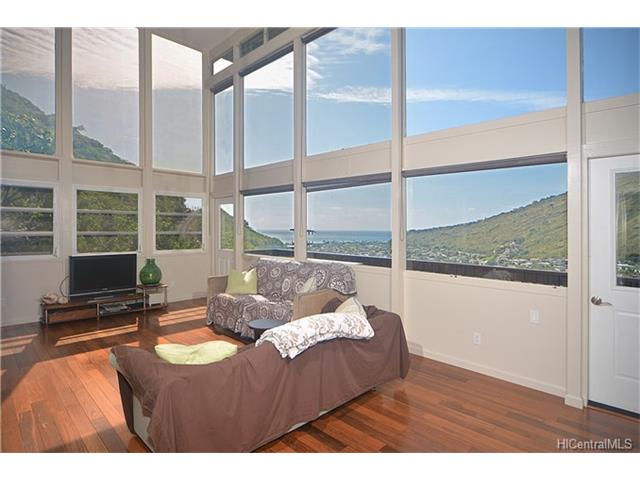 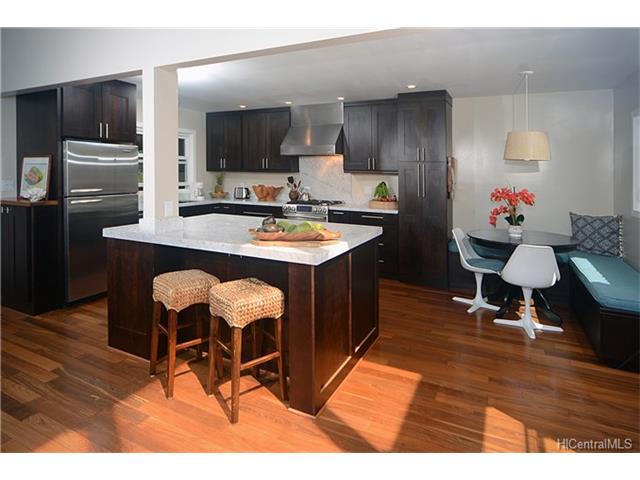 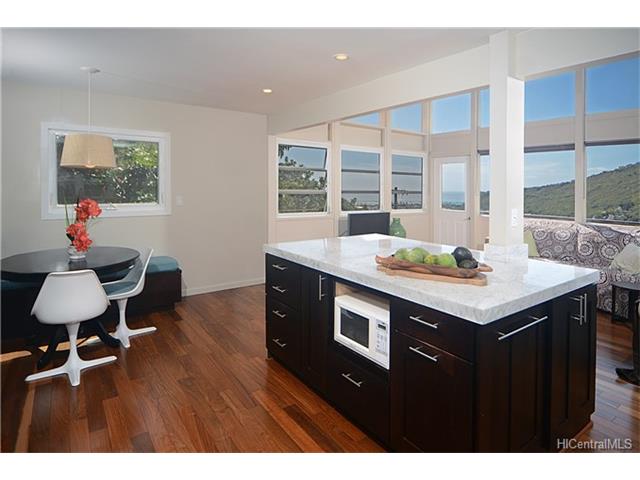 Nalu's father Kala built their Aina Haina home back in 1975. It has really cool architecture with high ceilings in the main living area and took some engineering genius to build on the steep upslope of a cul de sac. With forever views of Aina Haina Valley, they went through an extensive remodel in 2012 that can be seen in the kitchen and bathrooms. 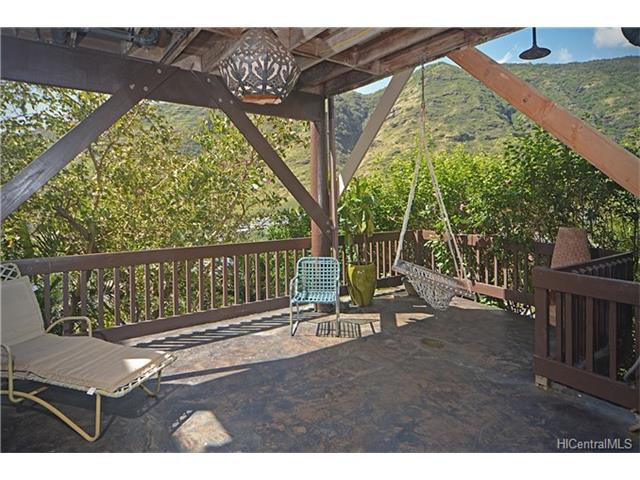 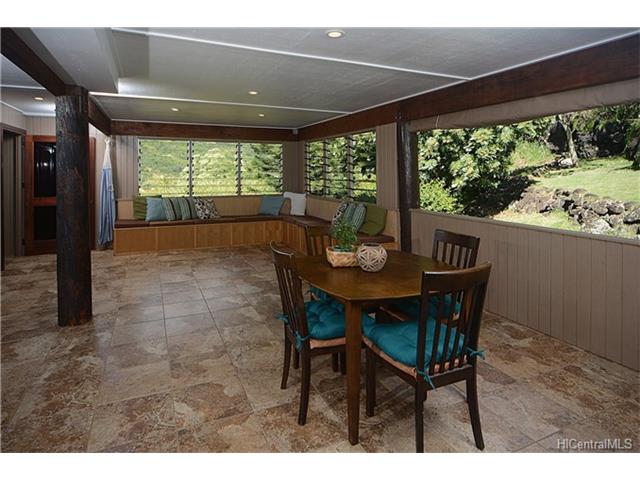 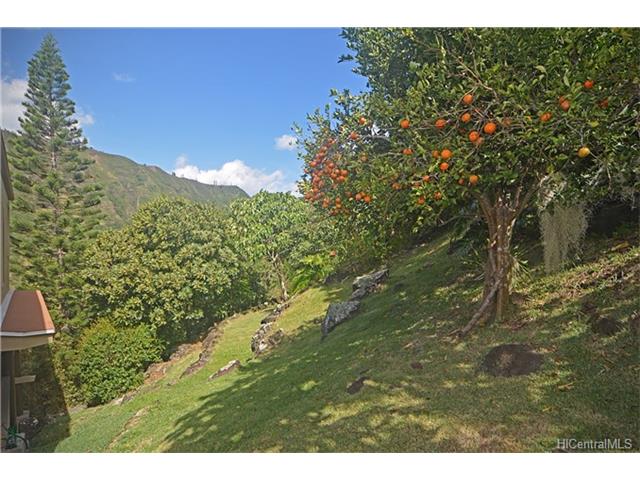 What you can't tell in MLS is there's roughly 75 stairs to get up to the main living area. That's one of many reasons that kept Nalu in such great shape! There were also climbing ropes, a pull up bar and olympic gymnast rings in the home and great room that were used to build upper body strength. The carport also has very high ceilings which can come in handy for boat storage. Kala & Nalu had a pulley system to raise and lower their boats off their vehicle roof racks. Although not oceanfront like Marshall's, this is just a fraction of the price and only 10 minutes drive to launch a boat from Hawaii Kai.

To learn more about available propreties on Oahu for surf ski, outrigger or SUP paddlers feel free to contact me or visit my real estate page for paddlers.

*The first 3 races were won by local paddlers prior to Grant Kenny arriving from Australia in 1979. Since then, the race has been dominated by Australians, South Africans and a Tahitian. There's also been a handful of women from Hawaii that have held the title, however not every year do the best international women from overseas show up.