One Last Hike up Diamond Head Lookout Before Bunker Demolition

Good Morning, here I am at the base of Diamond Head. I just read yesterday that they are going to de-construct the bunkers that are on the top that have been there since the war. Although I've been up into the crater hundreds of times, I just want to get up there to get one last look before everything is dismantled. 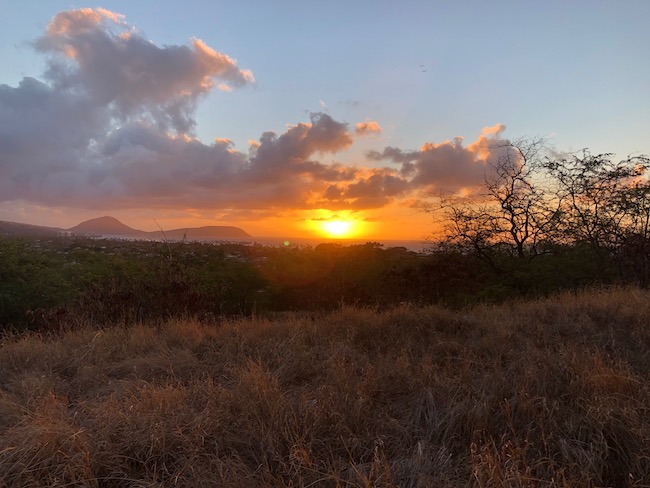 Here we are this morning to watch the sunrise behind coming up towards Hawaii Kai.

Entering the Crater and Appreciating the History

OK. Here we are in the crater. The tunnel is behind me, but if you could just imagine we are inside of an extinct volcano. There's lots of history, not just with the creation of Hawaii, but going back a century with World War I and World War II, some of the bunkers up top held a strategic position in watching what was coming towards us in the Pacific.

Also, in the 60's and 70's (before my time) I heard there were some really cool concerts in here. However unfortunately those days are over.

Base of Trail Hike

Alright, so here we are at the base of the trail right behind me. Let's get it going. 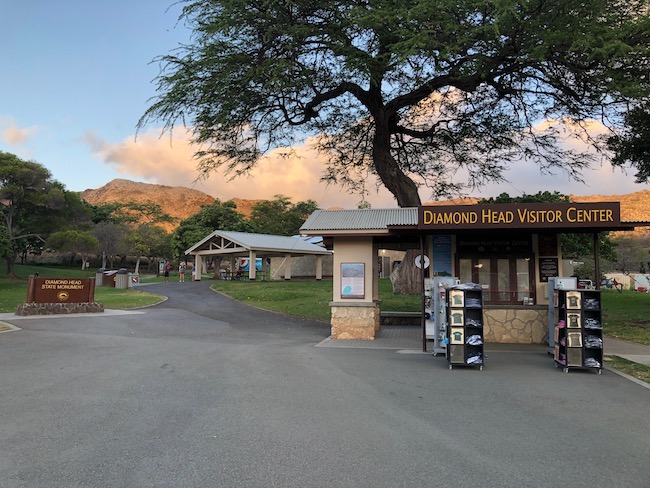 Base of Trail Entry

OK. That was the initial ascent that I just hit there. It wasn't always that way. It used to always be like a paved dirt trail like most hikes, but over the years they've added the concrete and sidewalk. That was probably to help with access. Having been a first responder, there are tourists that get in over their heads coming up this hill. It's just a way to get maybe a golf cart or small vehicle from DLNR (Department of Land and Natural Resources) or the state to do a rescue with HFD (Honolulu Fire Department).

Now we're on the main trail, which you can see has a lot of concrete (or gunite), which is probably to help divert some of the runoff when it rains. I'm not going to film everything today because I just want to enjoy the hike and not be a videographer, but I'll turn the corner shortly and give you a perspective or where we're going up to.

Although from a distance, it looks like a big mountain, the actual elevation is only like 1,000 ft. Relative to volcanoes on the neighbor islands or even some of the crazy mountains in the Rockies, it's not a whole lot. It's the perfect amount for a morning hike.

We now get in to more switchbacks, which what most of the hike is. Be careful of falling rocks. This is always such a fun view looking back from the crater towards some of the neighborhoods like Wilhelmina Rise, Maunalani Heights, etc.

Ok. Here's a perspective of the switchbacks I just came up, which traverse all along here. Once again, I'll zoom in on this, but that will give you a perspective of Wilhelmina Rise. You can just see the street going straight up the mountain. That's a great neighborhood to get great views of Diamond Head, as is Saint Louis Heights and then you've got Waialae Nui Ridge to the right.

I'm going to head right around the corner here and this will give you a good perspective of some really cool residential real estate out towards Kahala beyond the crater. Out in the distance there is Koko Head and Hawaii Kai. You can kind of make out in the coastline the Kahala Hotel.

Now we're in for our first big set of stairs, which is coming up behind me. 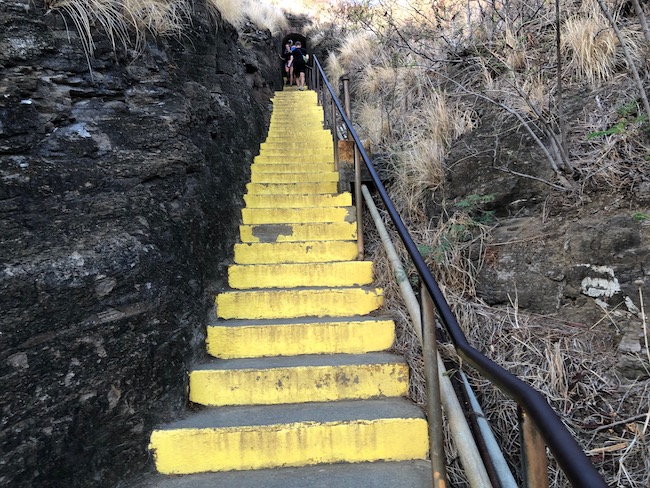 Diamond Head Stairs Before the Tunnel

Here we are at the top of the stairs before. we enter the tunnel, but I've gotta put on a mask because the still have (COVID) regulations here...

Right behind me is the tunnel exit, which takes you up to the 2nd set of stairs into the bunker. Or the set of stairs behind. We'll hit the stairs and tunnel first and come back around the back side.

I'm a little winded after the 2nd set of stairs and we'll enter another little tunnel behind here. Unfortunately, I think this is what will get dismantled in this coming week or two.

We're in the spiral staircase at the bottom and we're going to be going up there. Here at the first level, imagine taking yourself back in time during the war, people would just be stationed here with their binoculars and view on the horizon. That's level one. Now let's go up to level two. We'll come out on level two. Level three has already been blocked off due to safety, but you can see it goes up another level there.

If you could just imagine the history of this place. There were probably binoculars here for tourists at one point, but maybe even an artillery gun.

As you pop yourself out, you've got Diamond Head Lighthouse, the Gold Coast, the base of Diamond Head and Kapiolani Park and Waikiki to your right. 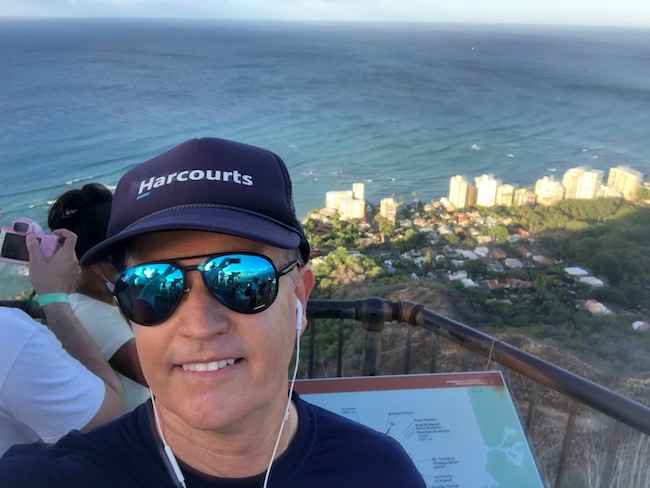 David with the Gold Coast in the Backdrop

Here we are at the summit. This is the top of that third level behind me as I mentioned. You can see the views from up here of Waikiki towards the back, towards the mountains and the sunrise behind me coming up over Hawaii Kai.

One last shot. Here I am in the turret. There's one level higher, but unfortunately this is all that's going to get dismantled by DLNR and I just wanted to get one last look.

I hope you appreciate that tour. One last shot before they dismantle the bunkers up top. I just want to show you one last thing here. There you can see a helicopter pad for a landing zone. As I'd mentioned earlier, a lot of tourists sometimes get in over their heads and there's a reason why they have these fences here. Other times, they get really exhausted from hiking the mountain. 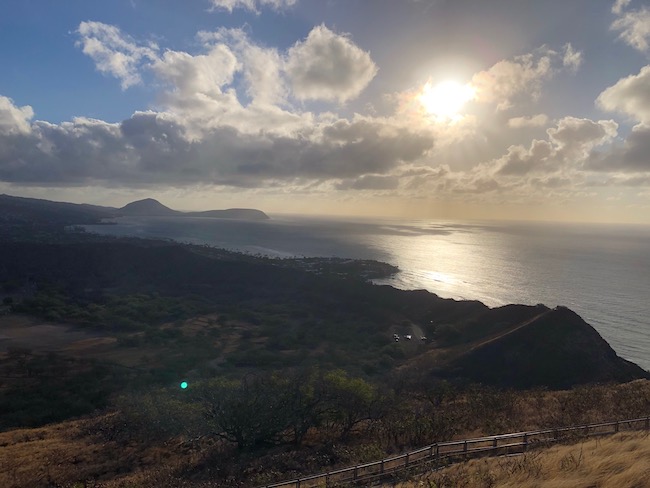 Once again, take in this view and thanks for watching my tour of this last week before we no longer see the bunkers at the top.