Tennis Courts: One of the Perks of Living in Hahaione

If you live in Hawaii Kai, one of the perks of living in or nearby Hahaione Valley is its community park with public tennis courts. 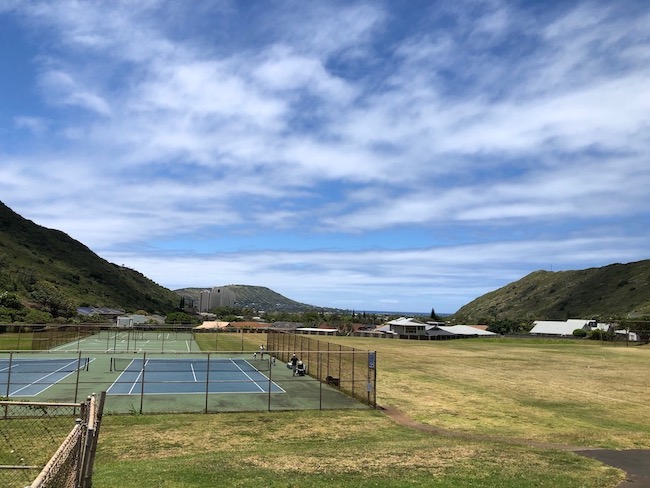 For those of you not familiar Hawaii Kai real estate, there are actually two MLS neighborhoods in Hahaione. The park is roughly midway up the Valley between the two neighborhoods of Hahaione Lower and Hahaione Upper. It can be difficult sometimes on Oahu to find available courts to play at, especially in town. What's nice about Hahaione for the condo residents lower in the valley is several of the condos have their own tennis courts such as the Commodore and Mauna Luan.

If you'd like to find out more about living in Hahaione Valley or interested in other options for Tennis Properties on Oahu, feel free to contact us for more information.